Things To Do
Beau Vallon Neighborhood
Transportation
About Seychelles

Seychelles is an archipelago and country in the Indian Ocean. The 115-island country, whose capital is Victoria, lies 1,500 kilometers (932 mi) east of mainland East Africa. It is an archipelagic group comprising of over one hundred Coralline and Granitic islands and islets one different from the next, spread over a million square kilometers of the Indian Ocean just 4 degrees south of the Equator. 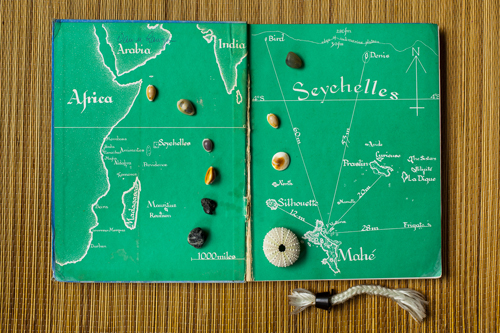 The islands are divided into 2 categories: the “Inner Islands’ and the “Outer Islands” The inner islands are located to the North and are scattered round the main island of Mahé. These are the granitic islands, characterized by their beaches featuring large granite boulders. Mahe, Praslin, La Digue, Curieuse, Cousin, Cousine, Fregate, Felicite, North & Silhouette are some of the islands that belong to this category.

The “Outer Islands” are coralline islands: sandy, flat, and covered in mostly palm trees. Amongst those is Bird & Denis, about 100km to the north of Mahe while the others to the southwest such as Aldabra, can be as far out as 1100km! These “Outer Islands” to the south are further divided into two groups: the Amirantes & Aldabra. The Amirantes group has some 20 islands

The main Island of Mahé is the largest island (27km long / 7km wide) in the archipelago and the gateway to the Seychelles. It is also the economic and political hub of the Seychelles and hosts the international airport, the port, and the capital ‘village’ Victoria. Although the most densely populated with 72,200 inhabitants, it is still un-crowded and has not lost its beauty and charm. The island is dominated by a mountain range that forms its backbone, the highest peak of which is Morne Seychellois reaches a height of 905m and provides a perfect backdrop of the tiny capital of Victoria.

The recorded history of Seychelles dates back to the 16th century. The islands were appropriated and settled by France in the 18th century. African slaves were brought to the island, and the characteristic Seychellois Creole language developed. Britain took possession of the islands in the early 19th century. The Seychelles became an independent republic in 1976.

The Seychelles was uninhabited when the British East India Company arrived on the archipelago in 1609. Thereafter, they became a favorite pirate haven. The French claimed the islands in 1756 and administered them as part of the colony of Mauritius. The British gained control of the islands through the Treaty of Paris (1814) and changed the islands' name from the French Séchelles to the Anglicized Seychelles.

AIRLINES THAT TRAVEL TO SEYCHELLES

There are a number of carriers that fly to Seychelles.

All foreign nationals visiting Seychelles are granted visa free access. They must be in a possession of a valid passport, return or onward ticket, proof of accommodation and sufficient funds. The Visitor’s Permit is issued free of charge and is initially valid for up to three months but it can be extended for a fee for a period of up to three months with further extensions not exceeding total period of twelve months.